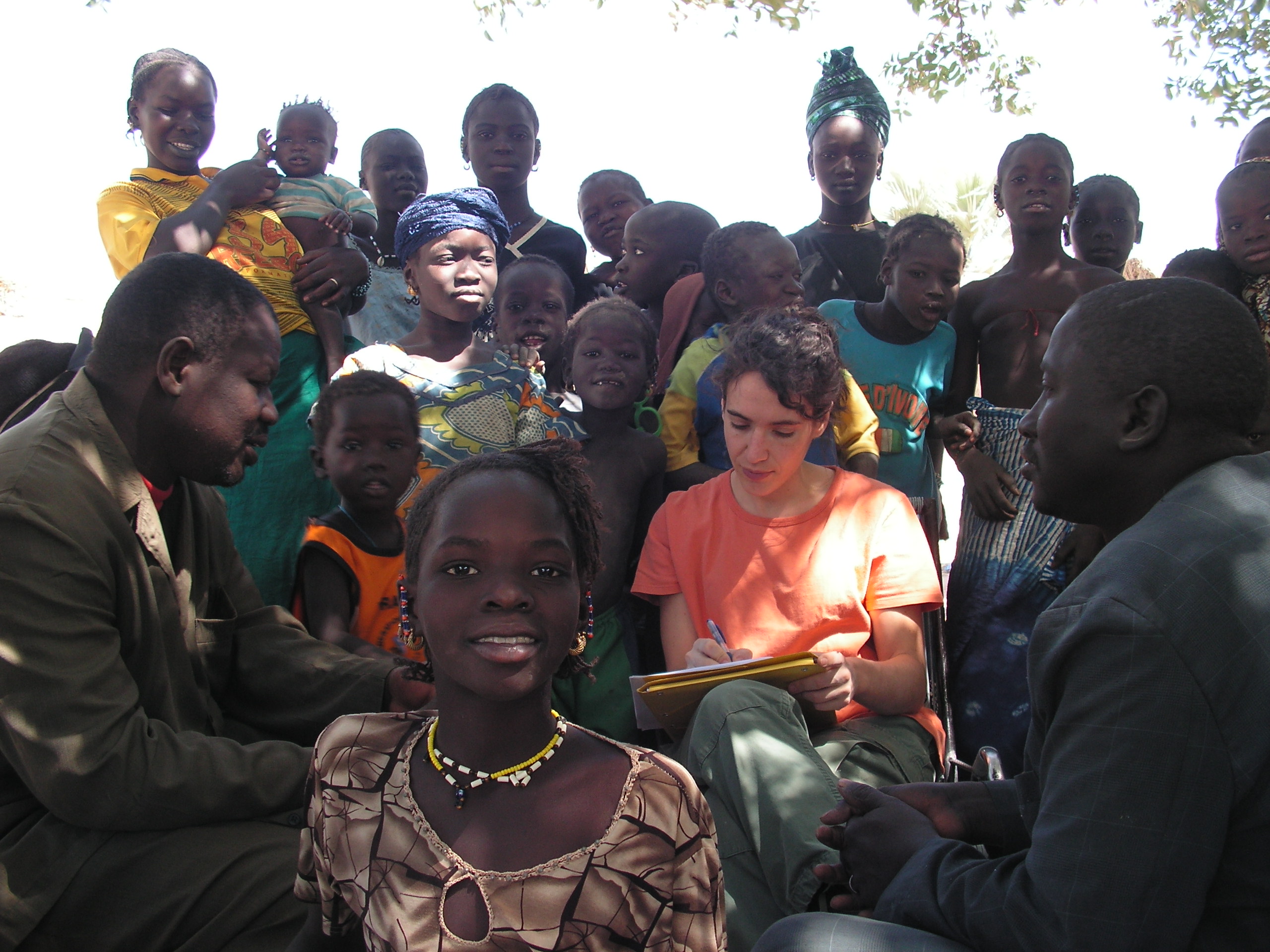 
I graduated from Toulouse Veterinary School in France in 1998 and carried on with a three-year specialization degree in Animal production and health in tropical countries (DESV-PARC). As part of this degree, I worked for a year and a half in Sri Lanka (for the Department of Animal Production and Health) and in Cambodia (for Pasteur Institute in Cambodia).

I spent the following two years in the United States where I completed the Envirovet training of the University of Illinois at Urbana-Champaign (science and policy of wildlife, public and ecosystem health), volunteered at the Brookfield Zoo and Lincoln Park Zoo in Chicago and obtained a Master of preventive veterinary medicine (MPVM) from the University of California at Davis.

CIRAD (French international agricultural research centre for development) subsequently hired me as a veterinary epidemiologist. My first posting was at the Duclos research station in Guadeloupe, West Indies (2004-2006) and then at the Regional Animal Health Center in Bamako, Mali (2008-2011). In these roles I had the opportunity to design and coordinate research projects and control programs for different transboundary animal diseases in a wide array of Caribbean and African countries.

Between 2012 and 2014, I was based at the headquarters of CIRAD in Montpellier to work on two European research projects, conduct expertise work for various institutions (ANSES, FAO), and cowrite a multidisciplinary book on family farming while pursuing a PhD in epidemiology at the Royal Veterinary College of the University of London.

In 2015 and 2016, I was posted at the Pasteur Institute of Madagascar where I worked on research projects applying the One Health and Ecohealth concepts to porcine cysticercosis and African swine fever in Madagascar.

Between 2017 and 2020, I shared my time between a parental leave, the setting up of research projects, the scientific coordination of the newly created ASTRE research unit, and the representation of CIRAD in scientific organizations such as France Vétérinaire International or AVIESAN South.

Since September 2020, I have been hosted at the UMR TREE where I am enrolled in the Master's degree in sociology of the University of Pau and the Pays de l'Adour while conducting research projects mainly on antibiotic resistance and developing skills on territorial approaches, transitions in the context of global changes and interactions with political and socio-economic actors in the research process.

My passion in terms of research is for diseases and health problems at the interface between humans, domestic animals and wildlife in developing countries, with a special interest in emerging diseases and diseases that have an impact on the health and livelihood of local communities.

The projects I have managed between 1999 and 2006 have investigated the role of water buffalo in the epidemiology of foot and mouth disease in Sri Lanka, Lyssavirus infections in Cambodian bat populations, Bartonella infections in free-ranging wild felids of Africa and North America, and West Nile fever and tick-borne diseases in the Caribbean.

From 2007 to 2011, I mainly worked on avian influenza and Newcastle disease in Africa, coordinating an FAO project (EPIAAF) aimed at identifying risk factors for the introduction, maintenance and spread of HPAI H5N1 in Burkina Faso, Cameroon, Egypt, Ivory Coast, Niger, Nigeria, and Sudan, and the Malian component of a project funded by the French Ministry of Foreign Affairs (GRIPAVI) on the eco-epidemiology of avian influenza and Newcastle disease in Southern countries (Mauritania, Mali, Ethiopia, Madagascar, Zimbabwe and Vietnam).

From 2012 to 2014, my research activities focused on two European projects: one on African swine fever (ASFORCE) and one on developing decision-support tools for the design of cost-effective risk-based surveillance systems (RISKSUR).

In 2015 and 2016, I worked in Madagascar on projects dealing with cysticercosis, African swine fever and rodent-transmitted diseases (TROI).
Since 2018, I have been interested in the use of the One Health approach for the control of neglected zoonoses, the transition to prudent use of antibiotics in animal health (ROADMAP) and the effects of contact networks and socio-economic factors in the spread of African Swine Fever (NIF-NAF).


My work consists of detecting and quantifying the occurrence of animal diseases, understanding transmission mechanisms of pathogenic agents at the population level, identifying risk factors for the introduction, persistence and dissemination of epizootics, and optimizing surveillance and control measures for animal diseases.

The results of my research aim to improve the health of human and animal populations in countries of the South, by integrating multi-scale (from technical recommendations at the local level to the regional management of disease surveillance programs) and multi-disciplinary approaches.

Since 2020, I have been involved in a development plan aimed at acquiring skills in sociology and setting up research projects on health-agriculture-environment interfaces via a territorial approach.

I teach classes in epidemiology, epidemiosurveillance and One Health as part of the Masters SEMHA (Epidemiological Surveillance of Human and Animal Diseases) and GIMAT (Integrated Management of Tropical Animal Diseases) organized by CIRAD in collaboration with the Universities of Paris Est Créteil, Paris Sud, Paris Saclay and the National Veterinary Schools of Maisons-Alfort and Toulouse.

Moreover, I am involved in epidemiology training courses organised by international organizations for animal health (FAO, OIE, AU-IBAR) for staff of the veterinary services in Africa and Asia, such as FETPV training programs.

Molia S, Traoré I, Kamissoko B, Diakité A, Sidibé MS, Sissoko KD, Pfeiffer DU. Characteristics of commercial and traditional village poultry farming in Mali with a focus on practices increasing the risk of transmission of avian influenza and Newcastle disease. Acta Trop 2015 150 14-22

Link to the website of the research unit ASTRE