The SIMBA framework is an innovative model dedicated to the simulation of the functioning of the banana agro-ecosystems. SIMBA includes simulation modules and indicators to evaluate agronomic, economic, and environmental performances. It is used to test in silico combinations of decision rules (ref) and to address issues related to the sustainability of banana plantations. The philosophy of SIMBA was to build a model that account for the specificities of the crop and to integrate all existing data. This model is also used to tackle more general question that deal with ecology of the agroecosystem.

General structure of the SIMBA model

Some modules of SIMBA: 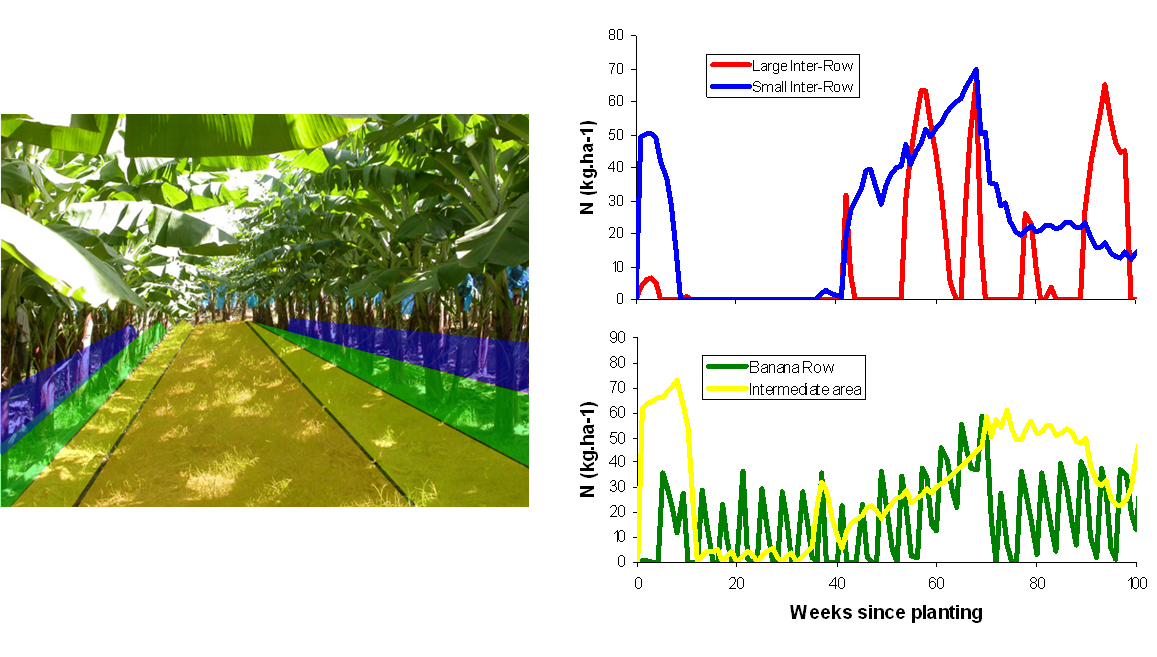 Example of SIMBA out puts: nitrogen dynamics in four different zones of the banana fields

SIMBA was primarily developed on the Stella platform (HPS) but ‘easy to run’ modules were developed separately to answer practical questions of farmers or decision makers. Modules are available, please ask the author for further information, tixier (at) cirad.fr